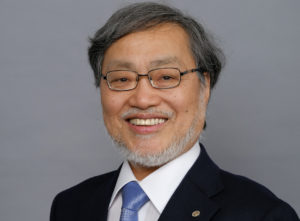 Toshio Fukuda (LF’16) received the B.S. degree from Waseda University, Tokyo, Japan, in 1971, and the M.S. and Ph.D. degrees from the University of Tokyo, Tokyo, in 1973 and 1977, respectively, all in mechanical engineering.,From 1977 to 1982, he was with the National Mechanical Engineering Laboratory, Tsukuba, Japan. From 1982 to 1989, he was with the Science University of Tokyo. He was a Professor with the Department of Micro System Engineering, Nagoya University, Nagoya, Japan, from 1989 to 2013. He is currently a Professor with Meijo University, Nagoya, and a Professor with the Beijing Institute of Technology, Beijing, China, mainly involved in the research fields of intelligent robotic systems, cellular robotic systems, mechatronics, and micro/nanorobotics., Prof. Fukuda was the President of the IEEE Robotics and Automation Society from 1988 to 1999, the Editor-in-Chief for the IEEE/ASME Transactions on Mechatronics from 2000 to 2002, the Director of the IEEE Division X: Systems and Control from 2001 to 2002 and from 2017 to 2018, the IEEE Founding President for the Nanotechnology Council from 2002 to 2003 and in 2005, and the Director of Region 10 from 2013 to 2014. In 2019-2020, he became president of IEEE. 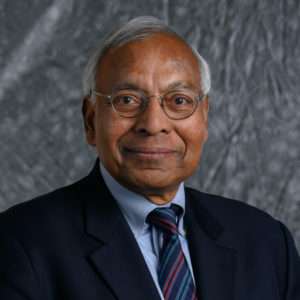 Anil K. Jain (Ph.D., 1973, Ohio State University; B. Tech., IIT Kanpur) is a University Distinguished Professor at Michigan State University where he conducts research in pattern recognition, machine learning, computer vision, and biometrics recognition. He was a member of the United States Defense Science Board and Forensics Science Standards Board. His prizes include Guggenheim, Humboldt, Fulbright, and King-Sun Fu Prize. For advancing pattern recognition, Jain was awarded Doctor Honoris Causa by Universidad Autónoma de Madrid. He was Editor-in-Chief of the IEEE Transactions on Pattern Analysis and Machine Intelligence and is a Fellow of ACM, IEEE, AAAS, and SPIE. Jain has been assigned 8 U.S. and Korean patents and is active in technology transfer for which he was elected to the National Academy of Inventors. Jain is a member of the U.S. National Academy of Engineering (NAE), foreign member of the Indian National Academy of Engineering (INAE), a member of The World Academy of Science (TWAS) and a foreign member of the Chinese Academy of Sciences (CAS). 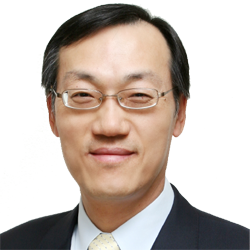 Kukjin Chun received a BS degree from Seoul National University in Korea and a Ph.D. degree from the Electrical Engineering and Computer Science department of the University of Michigan majoring in MEMS. He was an Assistant professor at the Electrical Engineering department of Washington State University and is now a Professor at Electrical and Computer Engineering Department of Seoul National University (SNU), where he served as head of the department in 2009-2011. He also served as the director of the Inter-university Semiconductor Research Center of SNU in 2005. He has been an outside director of Daeduk GDS company of Korea. He served as Vice-chair and Secretary of IEEE Region 10 in 2009-2012 and is now the Award Chair. He served as Seoul Section Chair in 2007 and is now a member of the IEEE MGA SDEA committee. He was the President of the Institute of Electronics Engineers of Korea with the largest membership in 2012 and now a President-Elect of the Korea Sensor Society. He has been a member of the National Academy of Engineering of Korea since 2007. He served as an editorial board member of Journal of Micromechanics and Microengineering and is a fellow of the Institute of Physics in the UK. He was a founding Editor-in-Chief of the Journal of Sensor Science and Technology in 2011 and Editor-in-Chief of the Journal of Semiconductor Technology and Science from 2005 to 2008. He is also serving on the International Editorial Advisory Committee of the Institute of Electrical Engineering of Japan and International Advisory Board member of the LIMMS of the University of Tokyo. 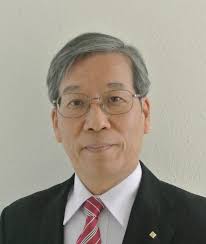 Akinori Nishihara received the B.E., M.E., and Dr. Eng. degrees in electronics from Tokyo Institute of Technology in 1973, 1975, and 1978, respectively. Since 1978 he has been with the Tokyo Institute of Technology, where he is now Designated Professor at HAPPIER (Human Assets Promotion Program for Innovative Education and Research) after his retirement in 2016 as Professor at Department of Human System Sciences, Decision Sciences and Technology. His research interests are in signal processing and educational technology. He has published more than 300 technical papers in refereed international journals and conferences. He served as an Associate Editor of the IEICE Transactions on Fundamentals of Electronics, Communications, and Computer Sciences from 1990 to 1994, and then an Associate Editor of the Transactions of IEICE Part A (in Japanese) from 1994 to 1998. He was an Associate Editor of the IEEE Transactions on Circuits and Systems II from 1996 to 1997 and Editor-in-Chief of Transactions of IEICE Part A (in Japanese) from 1998 to 2000. He was Chair or the IEICE Technical Group on Circuits and Systems from 1997 to 1998 and served as an Advisor of that Technical Group from 1998 to 2011. He served as Vice President, Service Activities of the IEICE Engineering Sciences Society, Director, Conferences, Student Activities and Education during 2007-2009, and Director, General Affairs during 2011-2013. He has been serving in IEEE Region 10 Executive Committee, as Student Activities Committee Chair (1996-1996), Treasurer (1999-2000), Educational Activities Committee Chair (2001-2004), Strategic Planning Coordinator (2007-2010), History Coordinator (2016), and Director-Elect (2017-2018. He is currently (2019-2020) a member of the IEEE Board of Directors as Region 10 Director.

Yves Lepage is currently Professor at the Graduate School of Information, Production, and Systems, Waseda University, Japan. He received his Ph.D. degree from Grenoble University, France, and defended his habilitation thesis at the same university in 2003. He was “qualified” by the French council of universities for both linguistics and computer science professorship in 2006. He has worked for ATR labs, Japan, as an invited researcher and a senior researcher until 2006. He was then a full professor at the University of Caen, France. He joined Waseda University as a full professor in April 2010. His research focuses on the topics of Example-Based Machine Translation and Natural Language Processing (NLP), aiming to formalize some example-based techniques, like analogy, and apply them to natural language applications such as automatic production of dictionaries, alignment, paraphrasing, machine translation. 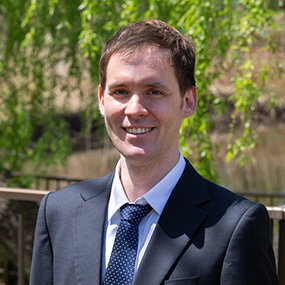 Henrik Skibbe currently holds the position of Unit Leader at the Brain Image Analysis Unit, RIKEN Center for Brain Science (CBS), Japan. The Brain Image Analysis Unit develops new algorithms for the processing and analysis of multi-modal brain imaging data such as two-photon, bright-field microscopy images, and MRI. He received his Dr. rer. nat. degree from the University of Freiburg, Germany in 2013.  He worked at the Department of Radiology – Medical Physics at the University Medical Center Freiburg from 2012 to 2013 before he started his work as a postdoctoral researcher at the Integrated Systems Biology Laboratory at Kyoto University from 2013. In 2019, he started working at RIKEN CBS. 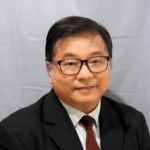 Emeritus Professor Chun Che Lance Fung was trained and worked as a Marine Radio and Electronic Officer in Hong Kong during the ’70s. He graduated with a B.Sc. Degree with First Class Honours and an M.Eng. Degree from the University of Wales in the early ’80s. His Ph.D. degree was awarded by the University of Western Australia, with a thesis on Artificial Intelligence and Power System Engineering, under the supervision of late Professor Kit Po Wong. Lance has taught at Singapore Polytechnic (1982-1988), Curtin University (1989-2003), and, Murdoch University from 2003 where he was appointed Emeritus Professor in 2015. His roles have included Associate Dean of Research, Postgraduate Research Director, and Director of the Centre for Enterprise Collaborative in Innovative Systems. He has supervised to completion over 31 doctoral students and published over 336 academic articles listed in the Research Repository of Murdoch University. His contributions can be viewed at IEEE Xplore, ResearchGate, Google Scholar, and Scopus. Lance has been a dedicated volunteer for the IEEE for over 25 years in various positions in Chapters, WA Section, Australia Council, Region 10 Executive Committee, the IEEE SMC Society Board of Governors plus many other IEEE committees. Lance continues his research and supervision of postgraduate students and his motto is “Learning has no Boundary”. His profile is located at http://profiles.murdoch.edu.au/myprofile/lance-fung/ and his personal website, Lancefung.net.