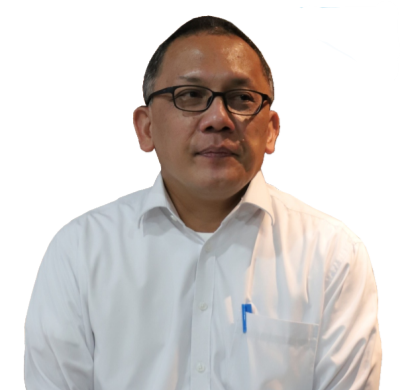 Dr. Handoko is currently the Chairman of National Research and Innovation Agency (BRIN) of the Republic of Indonesia. He received his MSc. and PhD in Physics Program from Hiroshima University. He became a lecturer in Department of Physics, Universitas Indonesia and a researcher in Indonesian Institute of Sciences (LIPI) in 2002. He chaired LIPI from 2018 until May 2021 before being appointed as the chairman of BRIN.

His scientific activities include conducting a theoretical phenomenological study of the existence of the hypothetical Higgs particle which is currently being proven to exist at the Large Hadron Collider (LHC), a global collaborative particle accelerator facility at CERN Switzerland,  a theoretical study for modeling the dynamics of elementary biological elements (DNA and protein) based on interactions between elements such as the theory of elementary particles, and studies and technological development on computing and distributed data. The application of distributed computing technology innovation has been applied in the form of Public Clusters, while the innovation of distributed data and data mining are applied in various forms of application. The various innovations of robots have been recognized in the form of several patents and copyrights.

In addition, together with the theoretical research group at Physics (in the University of Indonesia and Bogor Agricultural Institute), Dr. Handoko continued his research in the field of particle physics theory. In this topic he became a pioneer for particle interaction modeling for the Grand Unified Theory (GUT) based on the symmetry of the SU(6) group. 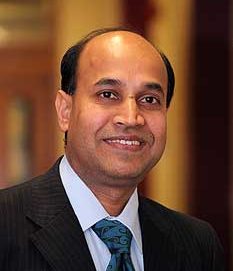 Subhas holds a B.E.E. (gold medallist), M.E.E., Ph.D. (India) and Doctor of Engineering (Japan). He has over 31 years of teaching, industrial and research experience.

Currently he is working as a Professor of Mechanical/Electronics Engineering, Macquarie University, Australia and is the Discipline Leader of the Mechatronics Engineering Degree Programme. His fields of interest include Smart Sensors and sensing technology, instrumentation techniques, wireless sensors and network (WSN), Internet of Things (IoT), Healthcare, Mechatronics, Robotics, Environmental monitoring etc. He has supervised over 40 postgraduate students and over 100 Honours students.

He has published over 400 papers in different international journals and conference proceedings, written ten books and fifty two book chapters and edited eighteen conference proceedings. He has also edited thirty five books with Springer-Verlag and thirty two journal special issues. He has organized over 20 international conferences as either General Chairs/co-chairs or Technical Programme Chair. He has delivered 378 presentations including keynote, invited, tutorial and special lectures.

Tsukasa Hirashima received his B.E., M.E. and PhD from Osaka University in 1986, 1988 and 1991 respectively. He became a professor of the Graduate School of Engineering, Hiroshima University in 2004.

Now he is a professor of the Graduate School of Advanced Science and Engineering, Hiroshima University.  Dr. Hirashima has contributed to Technology-Enhanced Learning, especially in artificial intelligence in education. He has proposed the “Open Information Structure” approach as an original framework to design technology-enhanced learning based on knowledge engineering. He has received several awards e.g.

Professor Simon See is the Solution Architecture and Engineering Director and Chief Solution Architect for Nvidia AI Technology Center.   He is also a Professor and Chief Scientific Computing Officer at Shanghai Jiao Tong University and Professor in Beijing University of Posts and Telecommunications and committee member of more than 50 conferences.  Previously Professor See is the Chief Scientific Computing Advisor for BGI (China) and has a position in Nanyang Technological University (Singapore) and King-Mong Kung University of Technology (Thailand).  Professor See involves in a number of smart city projects, especially in Singapore and China.  His research interests are in the area of High-Performance Computing, Big Data, Artificial Intelligence, Machine Learning, Computational Science,  Applied Mathematics and Simulation Methodology.    Professor See is also leading some of the AI initiatives in the Asia Pacific.  He has published over 200 papers in these areas and has won various awards.

Professor See graduated from University of Salford (UK) with a Ph.D. in electrical engineering and numerical analysis in 1993.   Prior to joining NVIDIA, he worked for SGI, DSO National Lab. of Singapore, IBM, International Simulation Ltd (UK), Sun Microsystems and Oracle.  He is also providing consultancy to a number of national research and supercomputing centers. 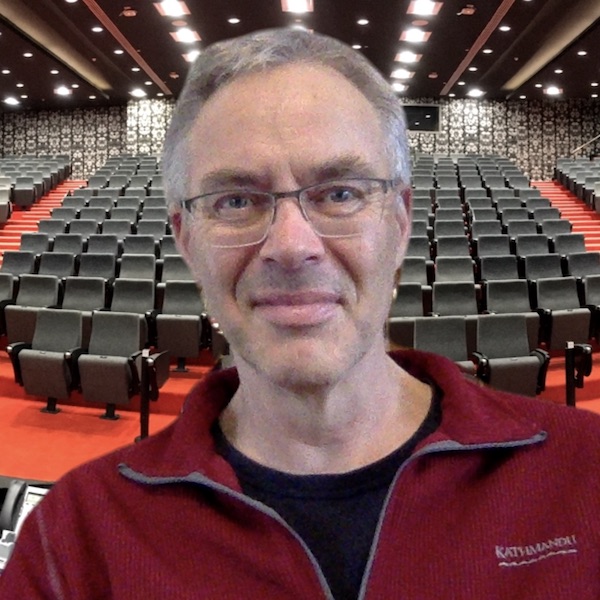 Professor
School of Computing and Information Systems
The University of Melbourne, Australia

Professor Alistair Moffat has been teaching programming and related topics to undergraduates for more than four decades, the last thirty-five of those years at the University of Melbourne in Australia.  Over that period he has taught in excess of 20,000 undergraduates (including another 1000 via video recordings in 2021).  Professor Moffat has an extensive research track record in the areas of text and index compression, information retrieval, and web search technologies.  He is an author of three books, including a textbook in the introductory programming area, and of more than 250 refereed journal and conference papers, including in premier venues such as SIGIR and WSDM.  Alistair served five years as Head of Department during his time in Melbourne (2007-2011), and participated in a broad spectrum of related academic activities, including internal and external accreditation and review panels; as a member of the Australian Research Council’s College of Experts (2003-2005); and as a member of the New Zealand Marsden Selection Committee for Mathematics and Information Science (2019-2021).  Alistair was honored in 2021 with induction into the SIGIR Academy 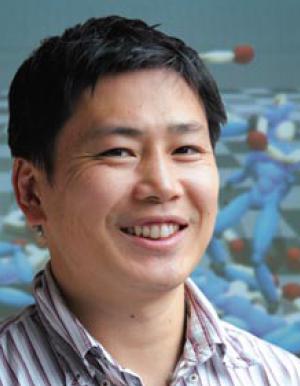 Taku Komura is a Professor at the Institute of Perception, Action, and Behaviour, School of Informatics, University of Edinburgh. As head of the Computer Animation and Robotics group, his research has focused on data-driven character animation, physically-based character animation, crowd simulation, cloth animation, anatomy-based modeling, and robotics. Recently, his main research interests have been in indexing and animating complex close interactions, which includes character-character interactions and character-object interactions. 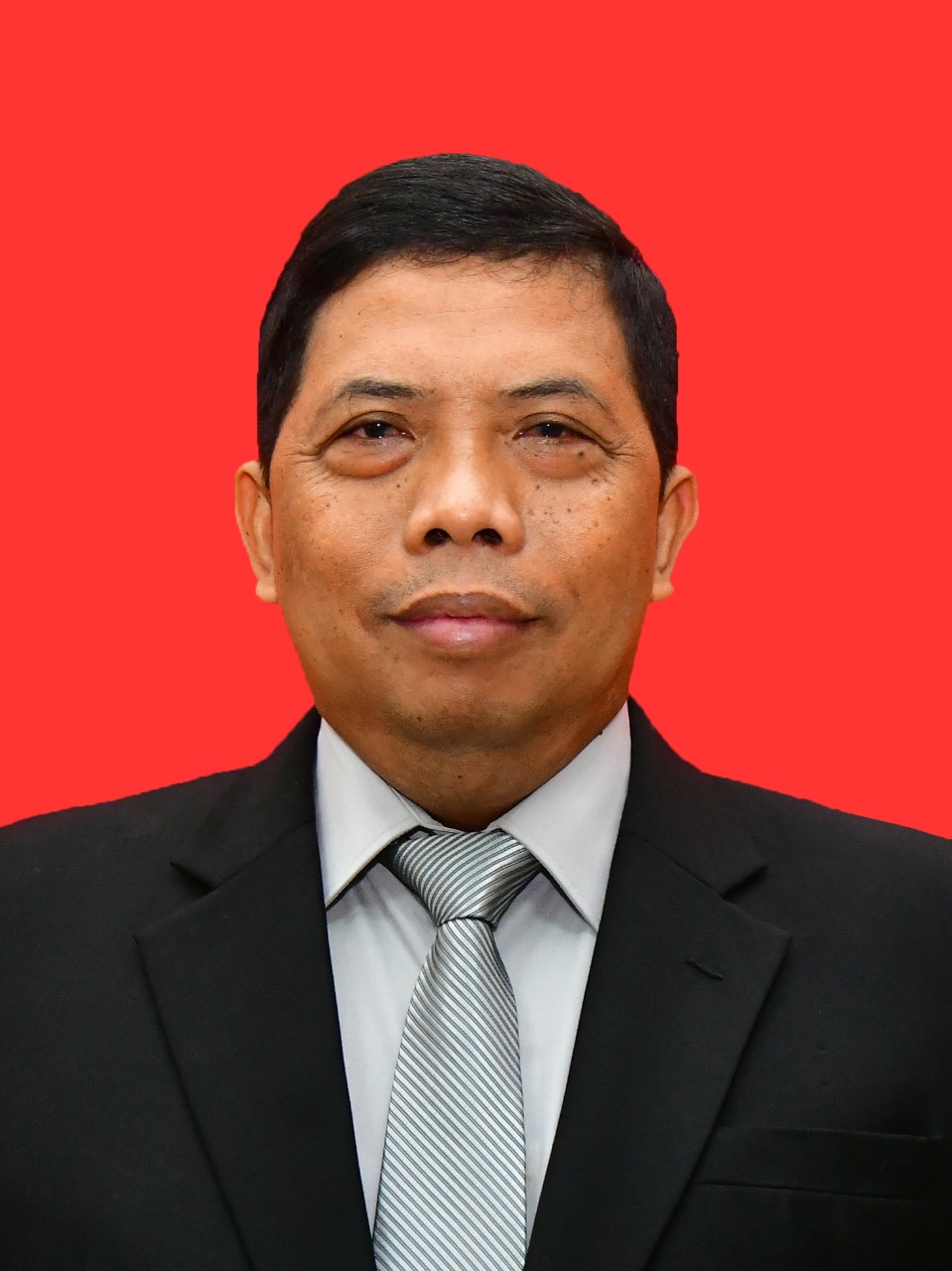 Major general Dr. Susilo Adi Purwantoro graduated from the Indonesian Military Academy in 1989 and obtained a Master’s degree from New South Wales University, Sydney Australia in Civil Engineering specializing in Construction Management in 1999. From 1990 to 1999, he was placed in the 1st Combat Engineer Battalion as Platoon Commander, Field Company Commander, Headquarters Company Commander and also Head of Logistics Section. He obtained his doctoral degree from Universitas Negeri Jakarta.

He was also a Military Observer at the United Nations (UN) Peacekeeping Mission at UNOMIG Georgia from 2001 to 2003. From 2004 to 2007 he was placed at the Engineer Education Center as a Military Teacher for the Army Engineers branch of the Army and later served as Commander of the Officers Education Unit.  After serving as Director of Planning and Operations at PMPP TNI, then he was appointed as the Indonesian Defense Attaché in Hanoi Vietnam from 2012 to 2015. From 2017 to 2019 he served as Head of the Sub-Directorate of Doctrine at the Directorate of Strategic Policy, Directorate General of Defense Strategy.

In October 2020, he was promoted to Major General with the position of Chairman of the Institute for Research and Community Service (Ka LP2M). He currently serves as Dean of the Faculty of Defense Technology and the last as Dean of the Faculty of Defense Management at the Defense University. In addition, He is currently a researcher and lecturer at the Faculty of Military Engineering, Defense University of the Republic of Indonesia. His publications include “Analysis of Factors Affecting the Performance of Indonesia Peacekeeping Contingent at United Nations Mission” and “Preparing Critical, Creative, and National Conception Aware Human Resources to Achieve Strong National Resilience in the Era of the COVID-19 Pandemic.” 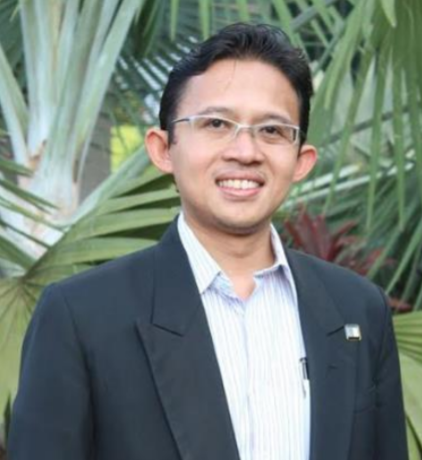 He is currently the general chairman of ASEAN Network on Technology and Policy for Covid-19 Risk Management as well as the president Of Indonesian Association of Hospital Engineering. Prof. Eko has published over 350 papers in international journals and proceedings, and registered more than 60 intellectual property rights. Additionally, he has received over 35 international research awards. He is a well-renowned keynote and invited speaker who has been invited to events in over 30 countries worldwide.

Prof. Eko is an international and industrial expert on the application of technology I.R. 4.0 in healthcare, energy and corporate management. His experiences also include working as a consultant for more than 30 hospitals and as a trainer for more than 300 senior managers and directors of government-link companies (GLCS). Fe is currently a Petronas technical expert and the chairman of global eco-network link companies. 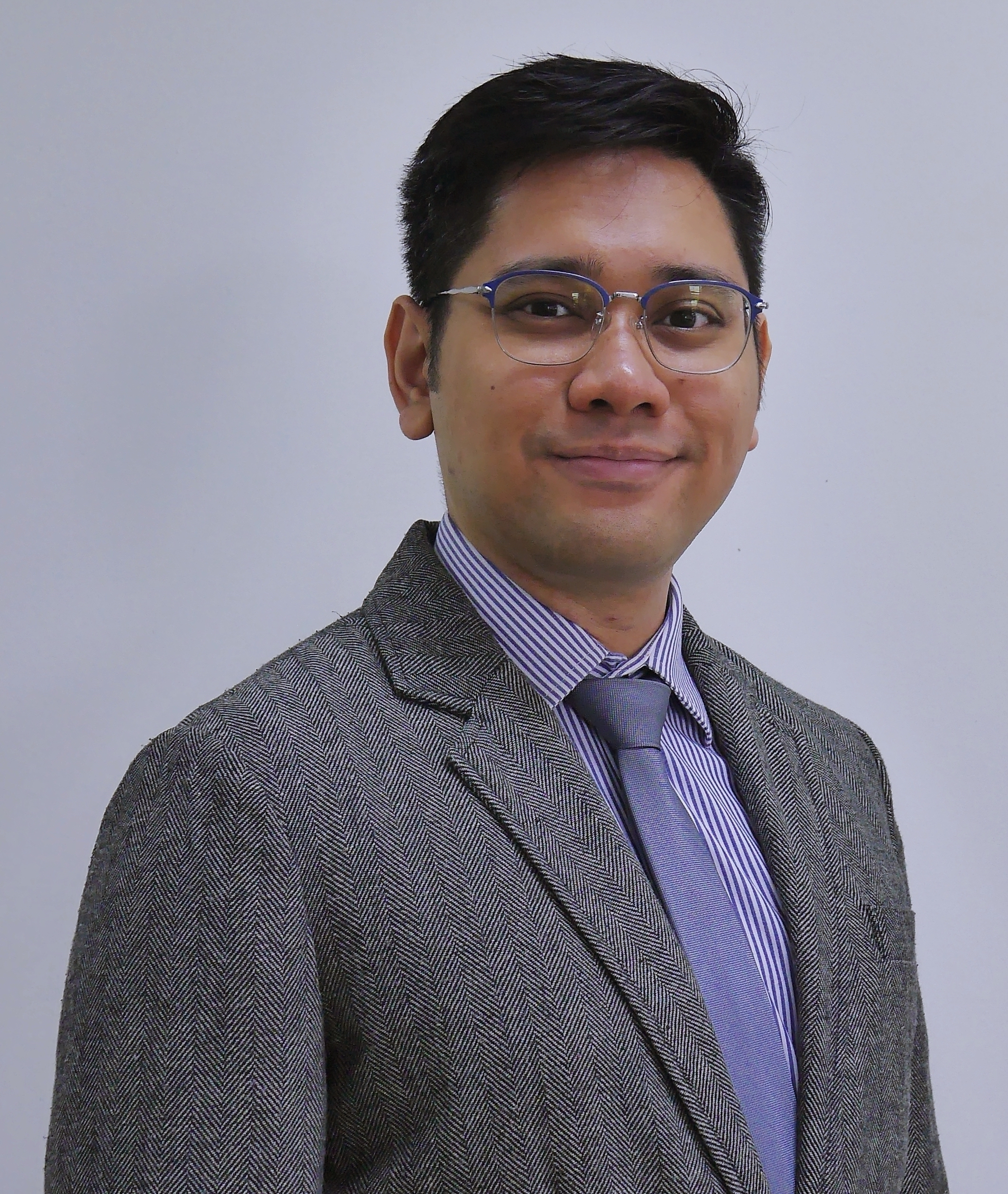 Ahmad Gamal received his PhD in Regional Planning (2016) and Master of Urban Planning (2010), both from the University of Illinois at Urbana-Champaign; his Master of Arts in Communication Management from the London School of Public Relations (2008), and; his Bachelor of Architecture from Universitas Indonesia (2005). His research interest concerns the economic impact evaluation of physical development, the relationship between urban development and poverty alleviation, and the use of technology for regional growth monitoring and control. His expertise has been nationally recognized through his policy-driven workH at the Directorate of Poverty Alleviation, Indonesian Ministry of Development Planning (BAPPENAS). Dr. Gamal currently serves an assistant professor at the Master Program of Urban & Regional Planning, Department of Architecture, College of Engineering, Universitas Indonesia. He also serves as the Advisor for the SMART CITY Center, and Director of Innovation and Science Techno Park at Universitas Indonesia.

Dr. Martin Schrepp studied Mathematics and Psychology at the University of Heidelberg (Germany). He finished 1990 with a diploma in mathematics and 1993 with a PhD in Psychology. Since 1994 he works as a user interface designer and UX researcher for SAP SE (a big business software manufacturer). Here he was responsible for the design and evaluation of larger business software solutions (especially in the area of Customer Relationship Management) and is currently working on cloud programming environments (SAP Business Technology Platform) used by developers of SAP customers and SAP internal development teams to create cloud applications.

His research interests are the application of psychological theories to improve the design of software interfaces, measurement of usability and user experience with questionnaires, and the development of general data analysis methods. He has published several papers concerning these research fields. 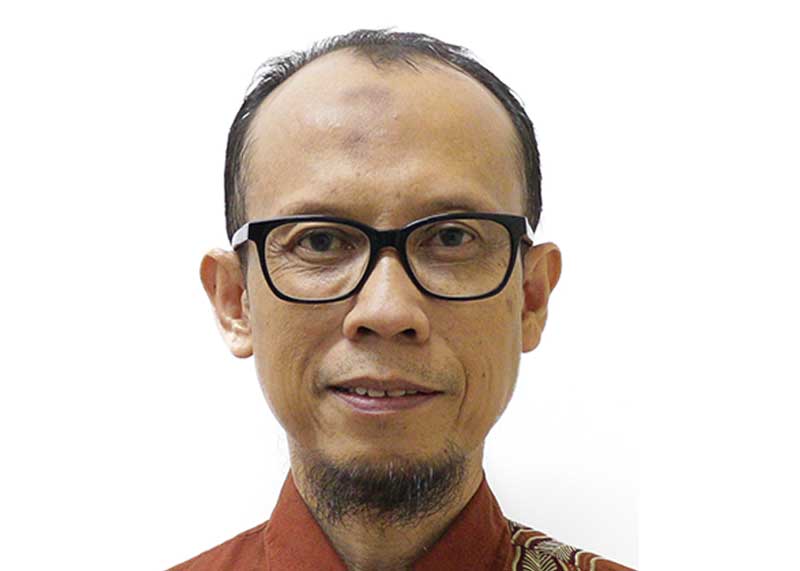 His research interests include Cloud-Grid-High Performance Computing. Since 1986 he worked as a full time academic staff of Pusat Ilmu Komputer (Pusilkom UI) that  contributed to the born of Fakultas Ilmu Komputer (Fasilkom UI, Faculty of Computer Science UI) in 1993. Some time in 1989, he was appointed as as a teaching assistant at UofT and during 1998 – 2000, he was appointed as a Postdoctoral Fellow at UQ.